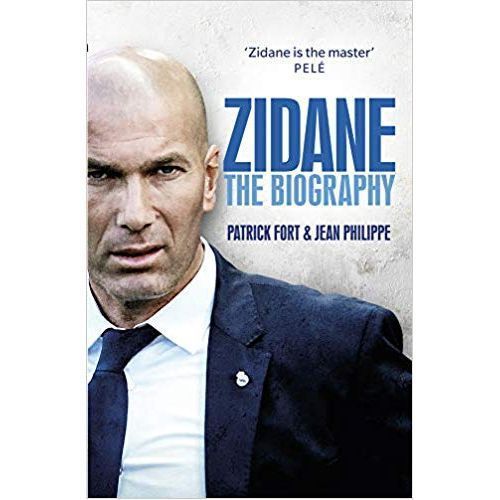 Zidane is the master’ PeleOne of modern football’s most brilliant players - and one of its most iconic and mysterious figures - Zinedine Zidane’s football career is the stuff of legend. A World Cup-winner with France, he became the world's most expensive player in 2001 when he moved from Juventus to Real Madrid for £46million, where his exceptional talent earned him a reputation as one of the greatest players of all-time. His playing career concluded explosively when he retired after being sent off for head-butting Marco Materazzi in the 2006 World Cup final. But his football career was far from over. After a spell coaching in Spain, he was appointed manager of Real Madrid in 2015 and immediately demonstrated that his skill as a manager matched his talent on the pitch, leading the team to successive Champions League victories and establishing him as one of the new managerial greats.Rarely speaking to the press, Zidane is known as a man who ‘speaks only with the ball’. In this definitive biography, Patrick Fort and Jean Philippe take us behind the scenes of his exceptional career, revealing the man behind the legend.

₦ 5,500
Questions about this product?