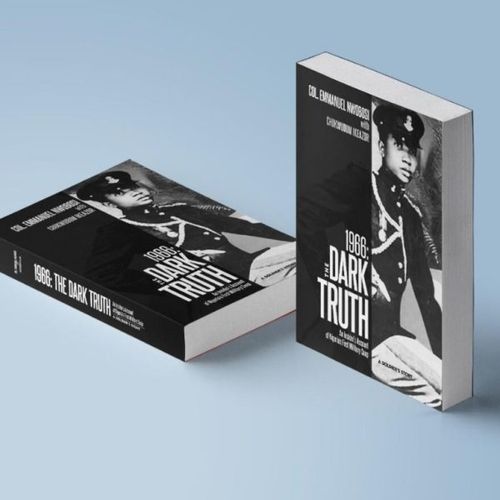 The book “1966: The Dark Truth” is Emmanuel Nwobosi’s witness statement of the critical events in Nigerian history which he played parts in. The book has three essential though unlabelled parts. The first part deals with the Colonel’s story, from his birth in Port-Harcourt, in 1939 to the very last years of his life.

The second part addresses Nigeria’s history, covering the events of independence, the failed first republic and her bloody crises, the 1966 coups and pogroms, the rift between the East and the Northern led Federal Military Government, the Biafran war, battle campaigns, starvation, privations, the collapse of the Biafran dream, post war Nigeria and her missed opportunities, mismanagement, the politicisation of religion and descent to the present day quagmire.

* The final part comprises more of warnings to Nigerians, urgings to Nigerians to face the truth about the realities of their country and those mostly responsible. It makes clear and urgent recommendations of what needs to be done.
**It also includes some references that remind the readers that Nigeria is not only a failure to its own people, but to Africa, and the global Black nation.