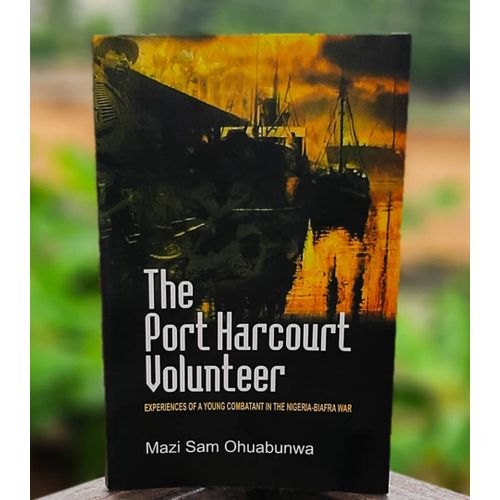 Jumia Books The Port Harcourt Volunteer: Experience Of A Young Combatant In The Nigeria-Biafra War

Click here to list your product
This book is essentially the story of the Nigerian political crisis which started with the January 15, 1966 military coup and resulted in the Nigeria-Biafra War (1967 - 1970). It is told from the perspective of a young combatant from the Biafran side and chronicles Sam Ohuabunwa's experience from the day schools were shut because of the war, the duration of the war, and the day they were opened as the war ended. It portrays the various risks he undertook in his zeal to defend the Biafran cause as a soldier and the amazing miraculous deliverances he enjoyed. Too many Nigerians who were distant from the war, or those too young to remember or those not born during the crisis, this book gives a good account of what caused the war, how it was fought and how it was brought to an end. A very important and critical point made in this book is that though the war was like a kind of war of unity for Nigeria, the desired unity has not really been achieved. Nigerians are encouraged to take certain critical steps to seal and solidify Nigeria's unity, so that Nigeria will not fight another civil war, ever

1 Copy of the book

The contents isn't reflective of the price

Jumia Books The Port Harcourt Volunteer: Experience Of A Young Combatant In The Nigeria-Biafra War