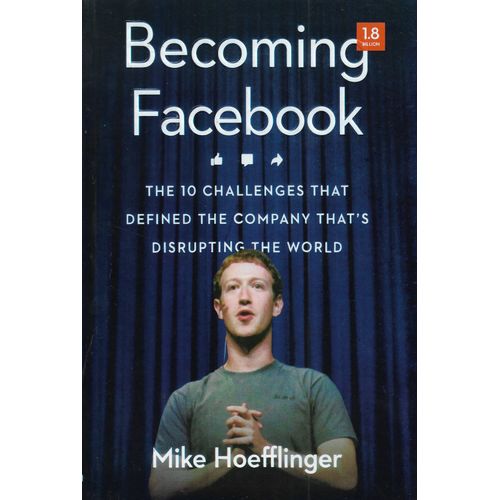 Click here to list your product
You can’t create a $300 billion company by accident in between classes. You may think you know the legendary story behind the beginning of Facebook by wunderkind Harvard student Mark Zuckerberg, but those who were actually there on the inside molding this social media idea into a game-changing, Goliath-sized company know the experience was far more tumultuous and uncertain than one might expect.As a computer engineer turned marketing innovator who worked with COO Sheryl Sandberg, Mike Hoefflinger had a front-row seat to the company’s growing pains, stumbles, and reinventions. In Becoming Facebook, he shares the challenges faced and lessons learned during the coming-of-age times of the übercompany. Discover from an insider:• How Facebook recovered from its “disastrous” IPO• How the growth team achieved the impossible• Why Facebook’s newsfeed ads were the company’s most important business decision ever• How Google+ attacked and lost• Why and how Instagram and WhatsApp were added• And much more!Follow the social media giant from its almost mythical birth all the way to the overwhelming success it has been solidified in today, uncovering the lessons its leaders learned while overcoming setbacks and achieving greatness.