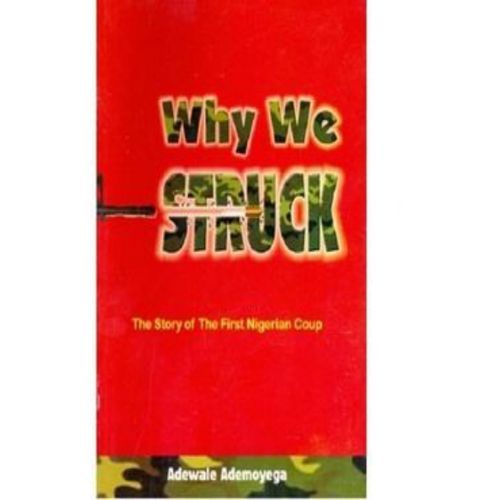 Why We Struck tells the story of the first military intervention in Nigerian politics. The coup that took place on January 15, 1966, was conceived and planned together by Majors Nzeogwu, Ifeajuna and Ademoyega. The execution of the plan had a lightning effect, and the coup provoked a reaction within the first hours of its commencement, opening the floodgate that culminated in the Civil War.

Apart from being a vivid account of one of the most historical events in Nigeria up to date, the book is indeed a souvenir, being the original work of the only surviving member of the trio that conceived and planned the coup.

In this book, Major Ademoyega dispels the popular myths which some people, not directly connected with the coup, have amplified and used for their selfish ends.

*The account of the first militar* revolutio*** Highly informative and detailed.

₦ 5,000
Questions about this product?