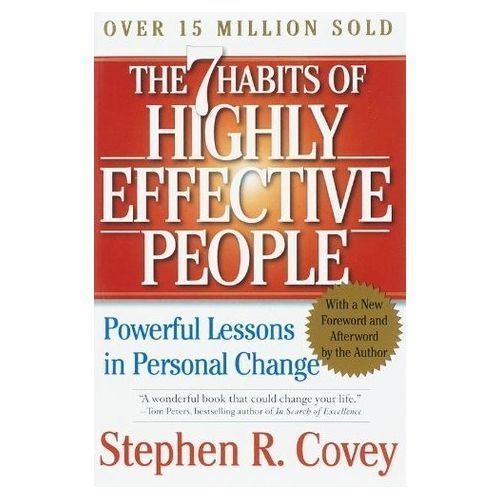 Click here to list your product
The 7 Habits of Highly Effective People, first published in 1989, is a business and self-help book written by Stephen R. Covey. Covey presents an approach to being effective in attaining goals by aligning oneself to what he calls "true north" principles of a character ethic that he presents as universal and timeless.The audio version of this book became the first non-fiction audio-book in U.S. publishing history to sell more than one million copies. Covey argues against what he calls "The Personality Ethic", something he sees as prevalent in many modern self-help books. He promotes what he labels "The Character Ethic": aligning one’s values with so-called "universal and timeless" principles. Covey adamantly refuses to conflate principles and values; he sees principles as external natural laws, while values remain internal and subjective. Covey proclaims that values govern people's behavior, but principles ultimately determine the consequences. Covey presents his teachings in a series of habits, manifesting as a progression from dependence via independence to interdependence.