HomeBooks, Movies and MusicMotivational & Self-HelpAs Sure As The Dawn By Francine River+ 3 Books In 1 Pack 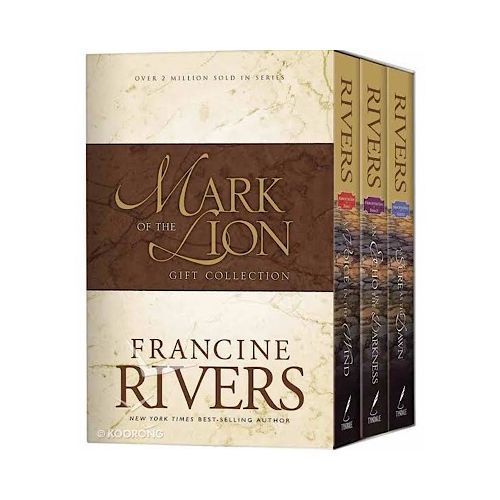 A classic series that has inspired millions of readers worldwide!From the New York Times bestselling author of Redeeming Love and A Voice in the Wind comes the thrilling conclusion to the Mark of the Lion series. With Hadassah confined to the cells below the arena, facing death once again, and his sister Julia dying of a strange new illness and longing for a forgiveness beyond her reach, Marcus goes in search of God. Meanwhile, Atretes, the Germanic warrior, vows to move heaven and earth to find his son―the baby he thought was dead and whose life Hadassah saved―and take him back to Germania. Only one thing stands in his way: Rizpah, a Christian widow who has cared for the baby since his birth. Atretes did not count on Rizpah’s fiery resistance to having “her son” taken away, nor is he prepared for the woman’s strength and beauty. From their first meeting, the two are caught in a stormy battle of wills. This edition includes a foreword from the publisher, a preface from Francine Rivers, and discussion questions suitable for personal and group use.

• A great book to read• A real contextual admiration