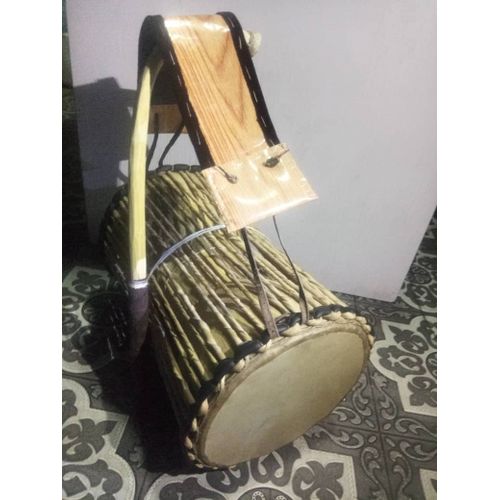 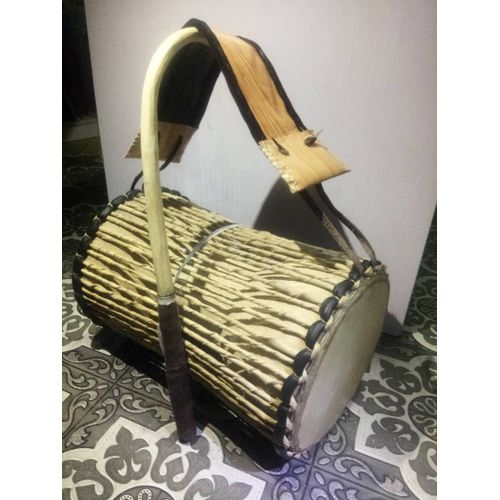 What is a talking drum

A talking drum is a beautiful instrument created by the Ashanti and Yoruba people of Ghana and Nigeria. The talking drum is also called a waisted drum because it has an hourglass shape with a waist in the middle.
Skins are stretched over the ends of the drum, and held in place by many cords. The drum heads at either end of the drum's wooden body are made from hide fish-skin or other membranes which are wrapped around a wooden hoop. Leather cords or thongs run the length of the drum's body and are wrapped around both of the hoops.
When the cords are tightened, the skin gets pulled tighter and the pitch of the drum gets higher. When the cords are relaxed, the pitch goes lower. The player must hold the drum between his upper arm and left side and use his arm to squeeze and relax the cords while he is striking the drum with a mallet in his right hand.

The symbolism and history of the talking drum

Talking drums have often symbolized the power of a traditional political leader, and skilled drummers have held considerable status in the West African communities. Early slave traders felt threatened by the talking drum because of the potential of talking drums to speak in a tongue unknown to them. Hence, these and other drums were once banned from use by African Americans in the United States.

How you can play the talking drum

The talking drum is very durable, however you should avoid exposing it to too much direct sunlight, extreme heat or cold, dampness, rain, snow, etc.
Your talking drum can be cleaned with a damp cloth, but don't apply cleansing agents or other cleaning tools.

Broke first day of use

The drum quality is good but the hanging rope is not as good as the displayed type. Jumia should ensure that what was displayed is what is delivered and if there will be variance, it should be presented.