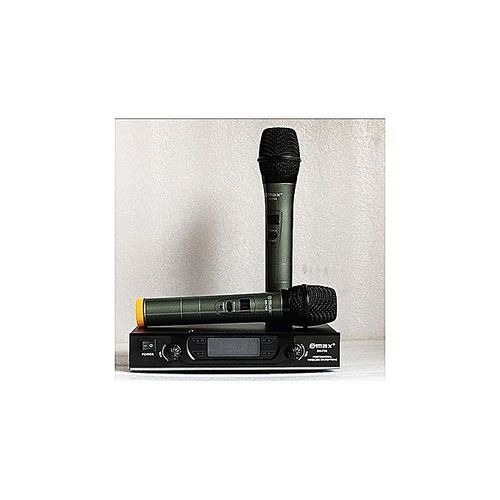 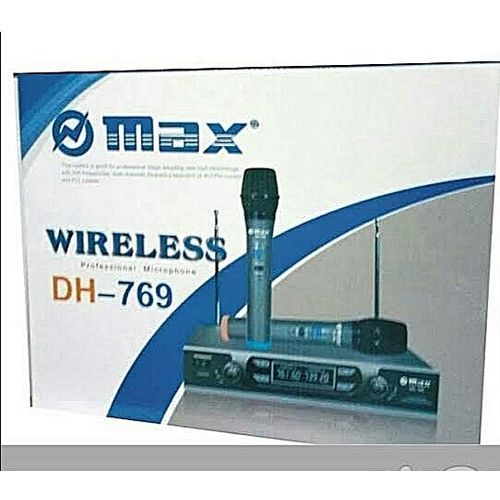 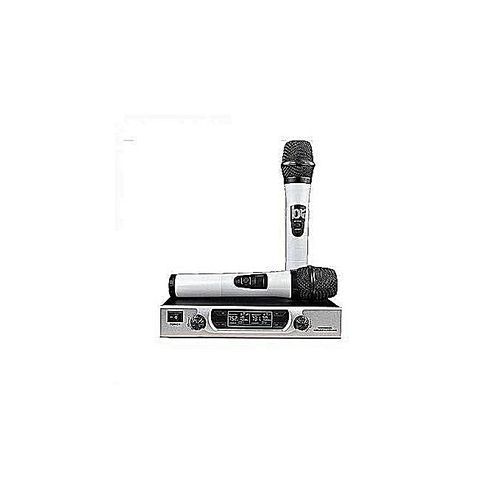 A wireless microphone, or cordless microphone, is a microphone without a physical cable connecting it directly to the sound recording or amplifying equipment with which it is associated. Also known as a radio microphone, it has a small, battery-powered radio transmitter in the microphone body, which transmits the audio signal from the microphone by radio waves to a nearby receiver unit, which recovers the audio. The other audio equipment is connected to the receiver unit by cable. In one type the transmitter is contained within the handheld microphone body. In another type the transmitter is contained within a separate unit called a “bodypack”, usually clipped to the user's belt or concealed under his clothes. The bodypack is connected by wire to a "lavalier microphone" or "lav" (a small microphone clipped to the user's lapel), a headset or earset microphone, or another wired microphone. Most bodypack designs also support a wired instrument connection (e.g., to a guitar). Wireless microphones are widely used in the entertainment industry, television broadcasting, and public speaking to allow public speakers, interviewers, performers, and entertainers to move about freely while using a microphone without requiring a cable attached to the microphone.

Wireless microphones usually use the VHF or UHF frequency bands since they allow the transmitter to use a small unobtrusive antenna. Cheap units use a fixed frequency but most units allow a choice of several frequency channels, in case of interference on a channel or to allow the use of multiple microphones at the same time. FM modulation is usually used, although some models use digital modulation to prevent unauthorized reception by scanner radio receivers; these operate in the 900 MHz, 2.4 GHz or 6 GHz ISM bands. Some models use antenna diversity (two antennas) to prevent nulls from interrupting transmission as the performer moves around. A few low cost (or specialist) models use infrared light, although these require a direct line of sight between microphone and receiver.