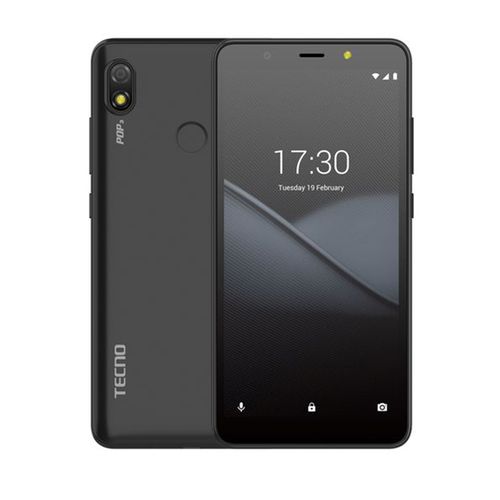 Tecno Pop 3 is the latest low-end smartphone from Tecno Mobile. The device is the direct successor the Pop 2 launched back in November, 2018. Unlike the predecessor, this comes with a larger display, although same CPU is still used. It has a 5.7-inch notch-less display, with 480 x 960 pixels resolution, and come with 18:9 aspect ratio.

Under the hood, there is a 1.3GHz Mediatek MT6580A quad-core CPU, along with Mali-400MP2, 1GB of RAM and a 16GB internal storage. Unfortunately, the device is still running the already aged Android 8.1 (Oreo; Go Edition).

On the camera department, the Tecno Pop 3 comes with a 5-megapixel auto-focus rear camera, and a single 8-megapixel fixed-focus selfie sensor, with a single LED flash on both sides.

The device comes with 7-level face beautification as well as AI-faceID. It also have a rear-placed fingerprint scanner, and come with support for dual Micro SIMs and 3G-only networks. Juice is supplied by a 3500mAh battery with the above mentioned Android 8.1 (Oreo; Go Edition) out of the box.

smart and love it.