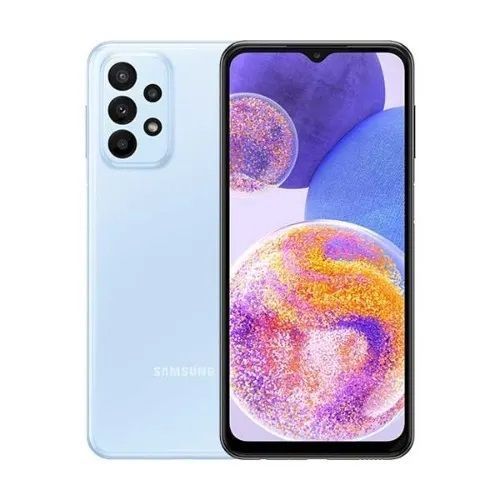 Equipped with impressive features and decent specifications, the Samsung Galaxy A23 is a perfect choice at a great price. The phone offers a slip-free grip as it is light in weight and is easy to carry. The Samsung Galaxy A23 features the Snapdragon 680 4G chipset. This chipset is a mid-range performing chip from Qualcomm. It has a peak download speed of 1Gbps and a peak upload speed of 500Mbps. This chipset has a pretty decent CPU and GPU cores.

Its CPU has a speed clocked at 2.4GHz paired with the Adreno 610 GPU. The chipset has support for sensors such as NFC, fingerprint scanner and GPS.