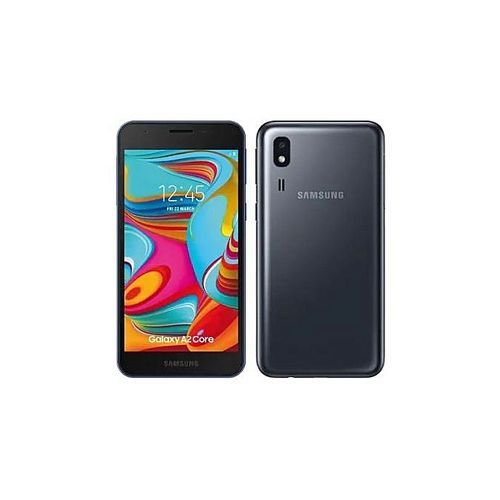 The Galaxy A2 Core sports a 5-inch HD display with a resolution of 960 x 540 pixels. It is powered by the Samsung’s in-house Exynos 7870 SoC clocked at 1.6GHz octa-core processor with Mali T830 GPU. The phone packs 1GB of RAM and 16GB of native storage, which is further expandable up to 512GB with microSD. It runs on Android 9.0 Pie (Go edition) out of the box. There is no fingerprint sensor present on the device. 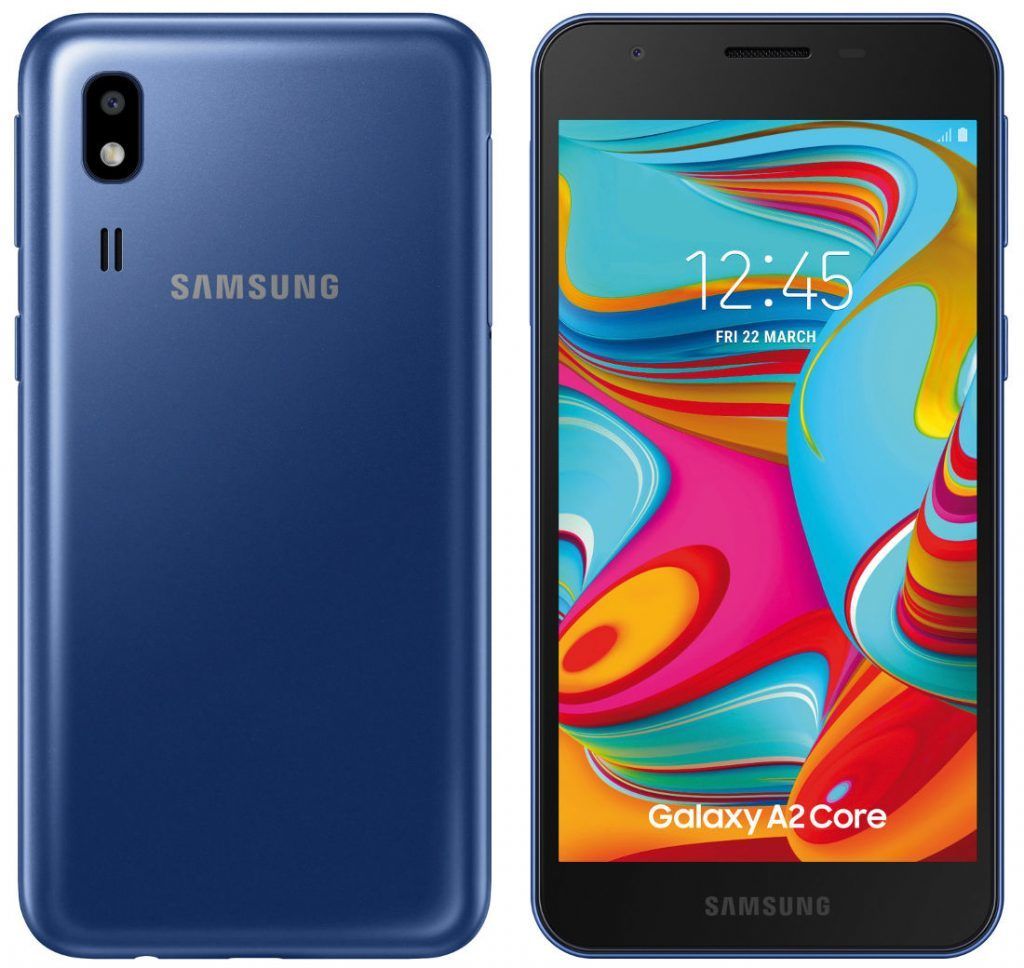 In the camera department, the Galaxy A2 Core rocks a 5-megapixel primary camera at the rear with an f/1.9 aperture. On the front, there is the same 5MP shooter with an f/2.2 aperture for selfies and video calls. There is a 2,600mAh battery on board. Design-wise, the Galaxy A2 Core packs a plastic build with speaker grill present on the back. Connectivity options include 4G VoLTE, Dual SIM, Wi-Fi b/g/n, Bluetooth 4.2 LE, and GPS. It measures 141.6 x 71 x 9.1mm and weighs 142 grams. The Samsung Galaxy A2 Core mobile features a 5.0" (12.7 cm) display with a screen resolution of 540 x 960 pixels and runs on Android v9.0 (Pie) operating system. The device is powered by Octa core, 1.6 GHz, Cortex A53 processor paired with 1 GB of RAM. As far as the battery is concerned it has 2600 mAh. Over that, as far as the rear camera is concerned this mobile has a 5 MP camera . Other sensors include Accelerometer. So, does it have a fingerprint sensor? No, it doesn't. For graphical performance that can make games run smoothly, this phone has got a Mali-T830 GPU. On board storage is at 16 GB with the option to expand the memory by Yes Up to 256 GB. Design is one of the most important factors when it comes to mobiles. This phone is 9.1 mm slim and weighs 142 grams.

Samsung Galaxy A2 Core has spiced up the game by providing triple and quad-camera setup. The smartphone is released in the month of March 2019. The smartphone is easy to use the phone for your day to day lifestyle. You can easily shoot on the simple camera. You get ample storage space to keep your photos and videos. The phone has a huge battery of 2600 mAh, Li-Polymer. With Samsung Galaxy A2 Core you can see a design that fits easily in your hands, pocket, or bag. Effortlessly look through photographs and send messages on the 5 inches HD screen. Samsung is a renowned brand. It helps its customer even after the sale with real-time customer care that is only one click away