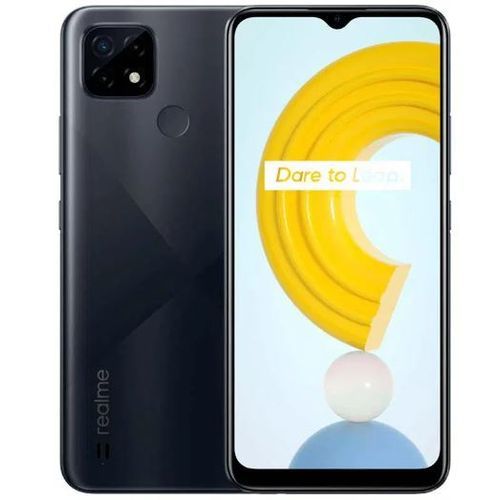 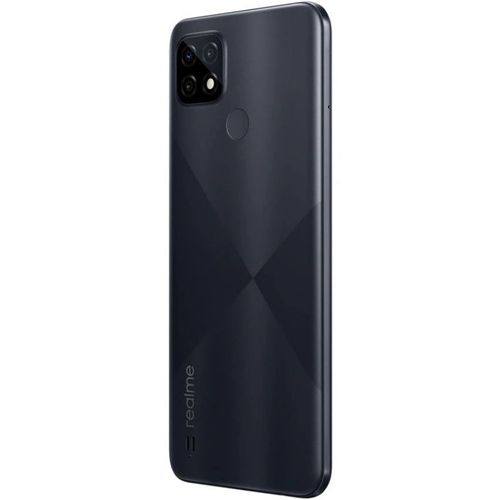 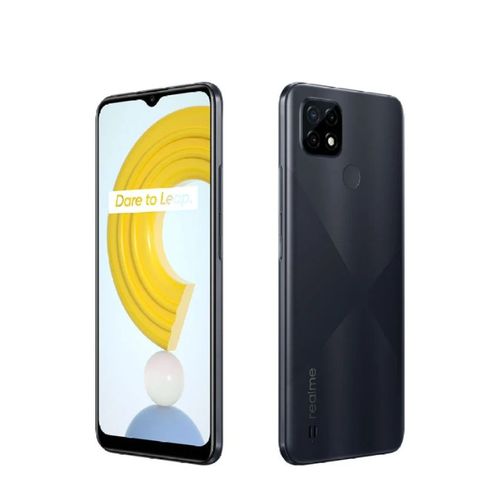 Brand: Realme | Similar products from Realme
0 out of 5
(No ratings available)

Realme C21 was officially released on March 05, 2021.
The dimension of the device is 165.2 x 76.4 x 8.9 mm and it weighs 190 grams. The size of the device is 6.5 inches IPS LCD capacitive touchscreen. The resolution of the screen is 720 x 1600 pixels and runs on the Android 10 + Realme UI 1.0 operating system. The Realme C21 is an affordable smartphone that comes in a polycarbonate body and a textured rear panel with 450 curves engraved in 0.1mm parallel arrangements. The Realme C21 features a 3+ Corning Gorilla Glass 6.52 Inch HD+ LCD display screen with a 720 by 1600 pixels resolution. The screen is engraved with thi bezels on the side and has provision for eye comfort mode which reduces the blue screen light thereby preventing eye strain.

The Realme C11 is powered by an Octa-core MediaTek Helio G35 processor on an IMG PowerVR GE8320 GPU. Under the hood, it packs 4GB of RAM and 64GB of ROM which is expandable up to 256GB through the addition of a SD Card.The device packs a satisfactory audio quality thereby leading to great audio performance for a phone within its range. Also, the Realme C11 is powered by Android 10 operating system with modifications from Realme's UI 2.0.
The sensors include Fingerprint (rear-mounted), accelerometer, proximity, and compass. It is powered by MediaTek Helio G35 and the GPU is PowerVR GE8320.