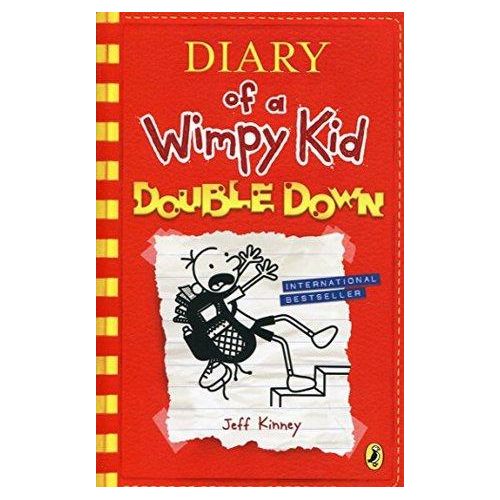 The pressure's really piling up on Greg Heffley.

His mum thinks video games are turning his brain to mush, so she wants her son to put down the controller and explore his 'creative side'.

As if that's not scary enough, Halloween's just around the corner and the frights are coming at Greg from every angle.
So, when Greg discovers a bag of gummy worms, it sparks an idea.

Can he get his mom off his back by making a movie . . . and will he become rich and famous in the process? Or will doubling down on this plan just double Greg's troubles?

ABOUT DIARY OF A WIMPY KID:
· 50% words, 50% cartoons, 100% hilarious!
· Hilarious stories that all readers can't wait to get their hands on
· Laughter guaranteed
· 200 million copies sold worldwide

*Don't miss Diary of an Awesome Friendly Kid­­, to read Greg's best friend Rowley's side of the story!*

₦ 3,500
Questions about this product?