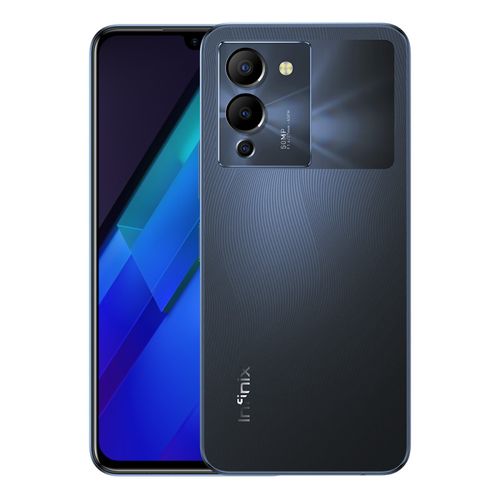 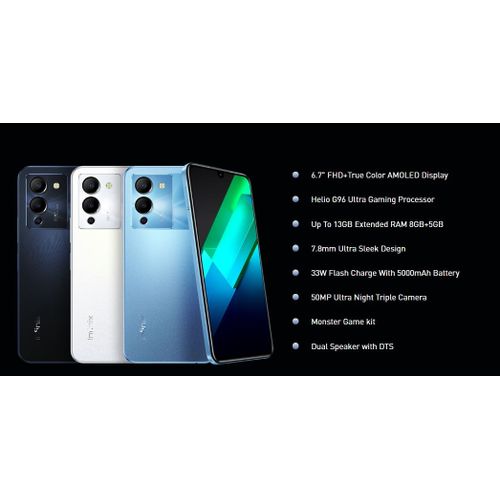 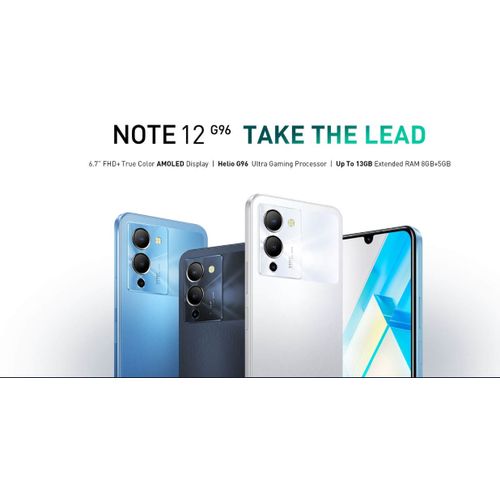 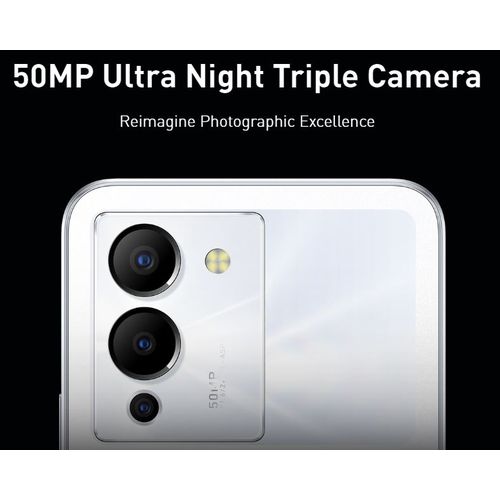 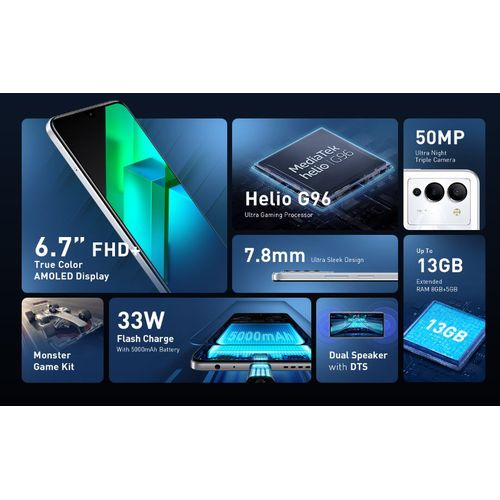 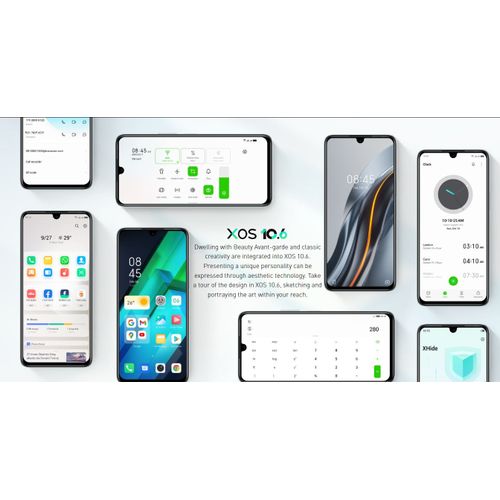 Brand: Infinix | Similar products from Infinix
5 out of 5
(2 verified ratings)

The Infinix Note 12 smartphone is powered by a MediaTek Helio G88 Octa-core processor and Mali-G52 MC2 GPU. It comes in a big screen that has a 6.7 inches display AMOLED capacitive touchscreen with a resolution of 1080 x 2400 pixels.

The dual-sim device is fueled with a non-removable Li-Po 5000 mAh battery and a 33W Fast charging capacity. The smartphone runs on the Android 11 + XOS 10.6 operating system.

As far as the cameras are concerned, the Infinix Note 12 on the rear packs a triple camera setup featuring a 50-megapixel wide angle primary camera; a 2-megapixel depth camera, and a QVGA camera with Quad-LED flash, panorama, auto-focus and HDR. It has a single front camera setup for selfies, featuring a 16-megapixel sensor.

The device is integrated with a loudspeaker and a 3.5mm jack. The smartphone features GPS, Radio, and Type-C 2.0, USB On-The-Go. The sensors include side-mounted fingerprint, accelerometer, gyro, proximity, and compass. The various connectivity options on the Infinix Note 12 include WiFi - 802.11 a/b/g/n, Mobile Hotspot, Bluetooth - v5