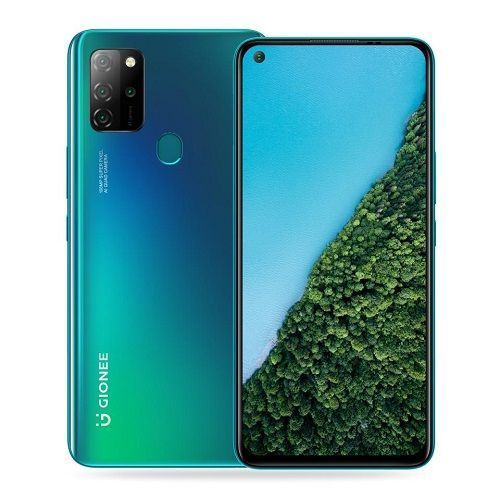 Buy airtime & data on the JumiaPay app and get up to 5% cash back. Use code: MOB3Enjoy cheaper shipping fees when you select a PickUp Station at checkoutGet additional 20% off with your Mastercard
Report incorrect product information

The smartphone Features a 6.55-inch Full HD display, the Gionee M12 smartphone with a in-built memory of 6GB + 128GB (Expandable to 256 GB), compact for the screen and battery size. You've got the real powerful smartphone. It's got: 48MP + 5MP + 2MP + 2MP (Quad rear Camera) & 16MP selfie camera. The fast charging battery lasts for several hours and this smartphone supports multi-band and LTE, as well as Bluetooth and runs on Android 10.  Rear For security, it has a fingerprint scanner &   AI face unlock.

The Gionee M12 Google Play Console listing was spotted with real power and it reveals a render along with some key specifications. The image present in the listing shows that the smartphone come with a punch-hole cutout at the top-left corner for a selfie camera. The bezels look slim around the edges. The right side of the side features volume controls and power on/off button.

I love the battery life, design is lite. It's recommended 100%