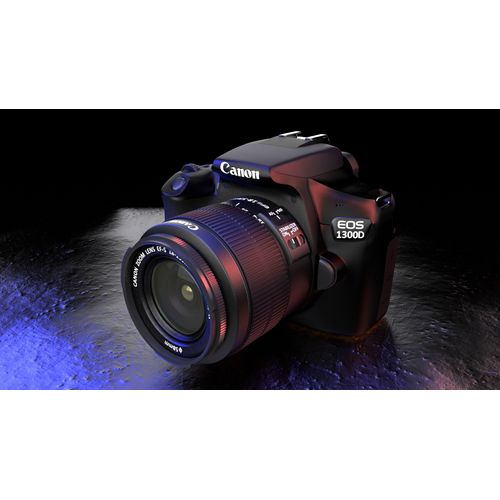 The Canon EOS Rebel T6 (also known as the EOS 1300D) is a budget-friendly DSLR with an 18MP APS-C-size sensor. It uses Canon's DIGIC 4+ image processor which offers an ISO range of 100-6400, expandable to 12800, as well as 3p fps burst shooting. It features a 9-point AF system with a cross-type sensor at the center. The EOS T6 is also outfitted with a 3-inch, 920,000-dot LCD or, of course, an optical viewfinder. The T6 features a host of scene modes, including a Scene Intelligent Auto mode, plus numerous creative filters. Full HD can be captured at 30p or 24p. The Rebel T6 also has Wi-Fi with NFC for easy sharing via Canon's Camera Connect app.
The Canon EOS 1300D (known as the Canon EOS Rebel T6 in the US) uses the same 18 megapixel APS-C CMOS sensor as the Canon EOS 1200D but has been upgraded to include a number of new features, with the most noticeable being the built-in Wi-Fi and NFC connectivity which makes the camera much more appealing for entry level and younger shooters. The screen is improved with a higher resolution 3inch screen, with 920K dots, which is improved over the 460K dots on the 1200D. Continuous shooting speed remains the same at 3fps and the ISO range is the same at ISO100 to ISO12800 (extended). The camera records FullHD video and features 9 AF points.