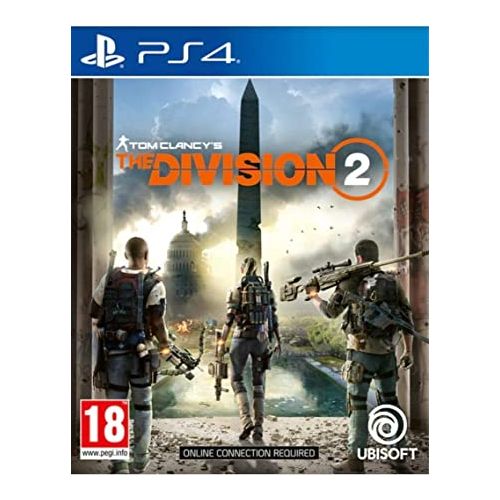 Played from a third-person perspective, the game is a cover-based third-person shooter with up to four players being able to complete missions together.[1] The game takes place in Washington D.C. seven months after its predecessor, in which a civil war between survivors and villainous bands of marauders breaks out.[2] In the beginning of the game, players create their own Division agent by customizing the character's gender and appearance.[3] In the game, players are equipped with different including assault rifles, sniper rifles and and like grenades to defeat enemies. These equipment are classified into different tiers and rarity. High-quality equipment are difficult to obtain, but they have better equipment stats and "talents" that further help boost players' performance. The equipment stats include the following 7 domains: Damage, Rounds Per Minute, Magazine Size, Accuracy, Stability, Reload Time, and Damage Drop Off.[4] These equipment can be further customized with different attachments like scopes, iron sights and barrel attachments.[5] The game features a variety of gear and armor. Wearing gear from the same brand gives players a small performance boost.[6] As players complete missions, they gain loot and experience points (XP). With sufficient XP, they level up and gain SHD Tech, a currency to unlock new skills.[7] These skills include deploying gun turrets, shields and combat drones, or gaining access to equipment like seeker mines and chem launchers. Each skill has unique mods that change its functionality.[8] The game introduces new enemy types, including healers and characters that shoot foam at players.[9] Players can request backup during missions, which allows other players to join their sessions.[10] Players can join a clan, which can accommodate at most 50 players. The actions of individual members of a clan contribute to clan XP, which can be used to upgrade the clan for additional gameplay benefits.