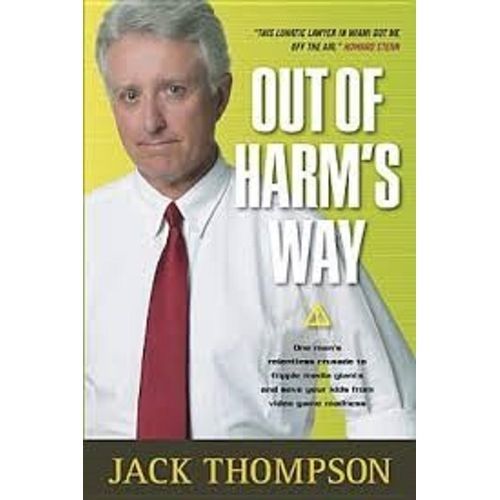 Tyndale Out Of Harm's Way Hardcover

Brand: Tyndale | Similar products from Tyndale
0 out of 5
(No ratings available)
₦ 2,300

Jack Thompson eats giants for breakfast. Just ask media giant and shock-jock Howard Stern, who ranted on air about the "one lunatic lawyer" who got him kicked off the air. Jack, an outraged father and activist lawyer, is on a mission to protect children from the violent and obscene video games, music lyrics, shock jock radio shows, and television programs he says are creating a culture of violence and degradation. Going beyond outrage.

Thompson chronicles his own spiritual journey from bystander to activist and offers the sociological, medical, scientific, and legal evidence that will motivate all Americans--especially parents--to get involved.

Tyndale Out Of Harm's Way Hardcover

₦ 2,300
Questions about this product?