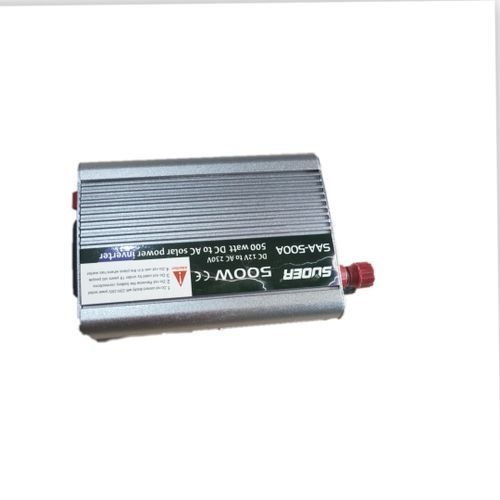 Delivery ₦ 3,720
Ready for delivery between 10 February & 11 February when you order within next 23hrs 48mins

Delivery ₦ 2,290
Arriving at pickup station between 10 February & 11 February when you order within next 23hrs 48mins

Inverter 500 Watts sooer without charger
Inverter is a device that converts electricity 12 to 220 volts for use in a variety of devices that require 220 volts.Generally, the inverter is used in places where it does not have access to power and supplies one or more batteries and connecting them to the inverter.

And in vehicles equipped with motorized systems, pure sine wave inverters are used