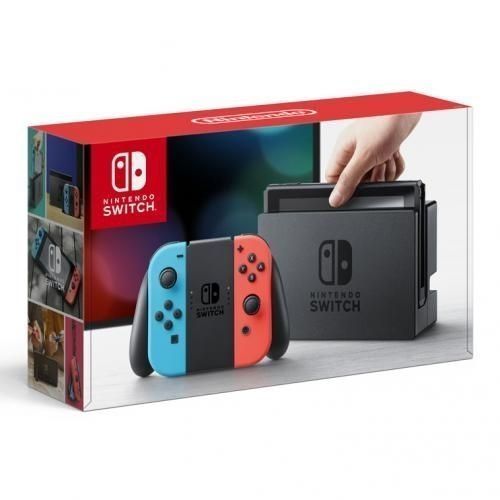 Get 15% off with JumiaPay (capped at N2,000)Enjoy unlimited Free Delivery with Jumia Prime

Normally delivered by Friday 28 Feb. Please check exact dates in the Checkout page.
Nintendo Switch is designed to go wherever you do, transforming from home console to portable system in a snap. So you get more time to play the games you love, however you like.

The Nintendo Switch is the seventh major home video game console developed by Nintendo. Known in development as the NX, it was unveiled in October 2016, and was released worldwide on March 3, 2017.

Nintendo considers the Switch a "hybrid" console. It is designed primarily as a home console, with the main unit inserted onto a docking station to connect to a television. Alternatively, it can be removed from the dock and used similarly to a tablet computer through its LCD touchscreen, or placed in a standalone tabletop mode playable by several people.

Product looks opened. No manual in box. One remote ( blue ) malfunctioning. Already on queue for return.

I bought this as a gift for my daughter. Speedy delivery. Pleased with the product.