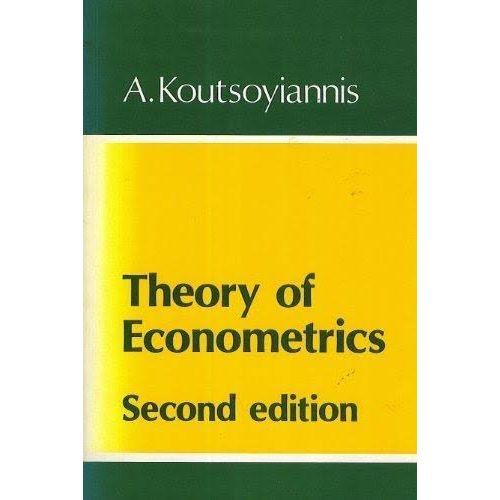 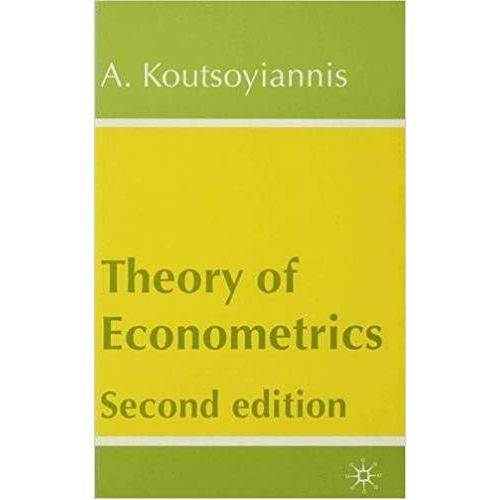 The author, who is an expert in the subject herself, presents to readers an extensive revision of many chapters and sections which helps to clarify all the relevant and important data. The new edition of the book also contains the comments of the reviewers, students and colleagues, which are quite helpful in enabling readers to gain a better understanding of the subject. Also included is a plethora of exercises to better concept clarity in readers.

To make it easier for readers to go through the wealth of information given in this text, the author has divided it into three parts. Part 1 of the read focuses on the correlation theory and touches upon topics like scope and division of econometrics, methodology of econometric research, simple linear regression model and statistical tests of significance of the estimates. Part 2 of the book deals with econometric problems and contains topics such as zero mean, assumption of randomness, dummy variables, lagged variables and grouped data. The third part of the text is on models of simultaneous relationships and covers simultaneous equation models, maximum likelihood methods, Monte Carlo studies and choice econometric studies.

What makes this book useful is the fact that it has been presented in a manner which makes it suitable for anyone with adequate knowledge of only college algebra and introductory statistics.

Theory of Econometrics was published by Palgrave Macmillan in 2001. This 2nd edition is available as a paperback.

A textbook which emphasises clarity of exposition and simplification of the mathematical presentation of topics. Assumes only college algebra and introductory statistics, since the greatest attention is given to the economic aspects of econometrics'. Journal of Economic Literature

• Theory of Econometrics has been hailed by the Journal of Economic Literature as a 'textbook which emphasises clarity of exposition and the simplification of mathematical presentation of topics• For an Economics student Koutsoyiannis is perhaps the most comprehensive textbook you will ever need. • A good book to understand the concepts of Econometrics