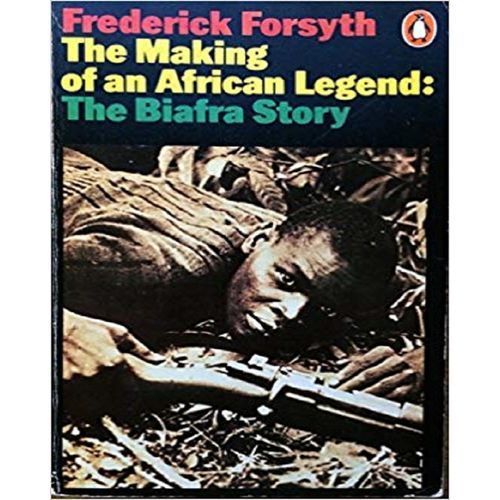 Jumia Books The Making Of An African Legend: The Biafra Story

Click here to list your product
This stunning narrative marked the turning point in the writing career of Frederick Forsyth, who subsequently wrote The Dogs of War and The Day of the Jackal. Previously, Forsyth had been a journalist but his book on Biafra marked his remarkable debut as an author. Largely forgotten today, Biafra was a break-away province of Nigeria and the scene of a bloody civil war in the 1960s. Biafra's population largely consisted of the minority Ibo people, who were in revolt against Nigeria's majority Hausa and Fulani people. While the world community today looks with more favor on secessionist regimes, in the 1960s, both East and West united against Biafra, with only France providing assistance to the rebels.Biafra's defeat was followed by a series of massacres by both official and mutinous Nigerian troops, further compounded by disease and famine. This disturbing work has been unavailable for 20 years, but now has come back into print when its relevance to a world of civil wars and ethnic cleansing is greater than ever. This narrative of Third World civil strife and Great Power duplicity is made even more compelling by the skills of a master storyteller.

Jumia Books The Making Of An African Legend: The Biafra Story