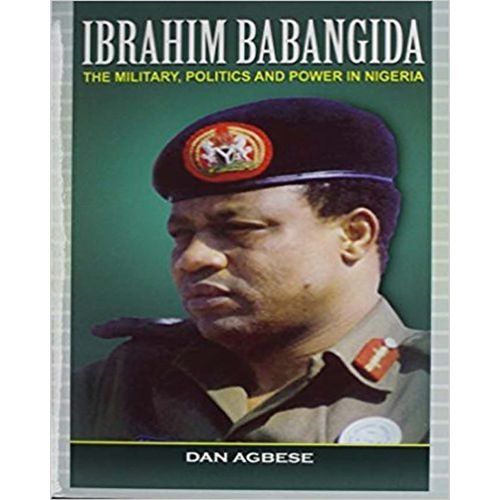 Click here to list your product
To borrow a hackneyed phrase, Nigeria has had a chequered political history before and since independence from British colonial rule on October 1, 1960. Two sets of actors - the civilian politicians and the military politicians - have been on the national political stage since January 15, 1966. General Ibrahim Badamasi Babangida was one of them. In his eight years in power as president, or perhaps more correctly as military president, he affected the course of Nigeria's events, for better or for worse, in a way that few, if any, before him did. It is not possible to tell Nigeria's story without Babangida's part in it. The book is the story of IBB, the little orphan from Minna, Niger State and his meticulous rise to the top of his profession and the leadership of his country. Perhaps, more importantly, it is the story of Nigeria, its post-independence politics and power, told from the perspective of the actions and decisions of one of the main actors on the country's political stage. The events that shaped the Babangida era did not begin on August 27, 1985, the day he staged a palace coup against General Muhammadu Buhari. They began long before that. This book is the definitive story of the military, politics and power in Nigeria. ______________________________ Dan Agbese holds degrees in mass communications and journalism from the University of Lagos and Columbia University, New York, respectively. He is a former editor of The Nigeria Standard, the New Nigerian as well as former general manager of Radio Benue. Agbese was one of the founders of the trail-blazing weekly newsmagazine in Nigeria, Newswatch. He was until April 2010 the Editor-in-Chief of the magazine. He is the author of several acclaimed books, including Nigeria their Nigeria, Fellow Nigerians, The Reporter's Companion, Style: A Guide to Good Writing and The Columnist's Companion: The Art and Craft of Column Writing. Agbese is also a highly-regarded newspaper columnist.