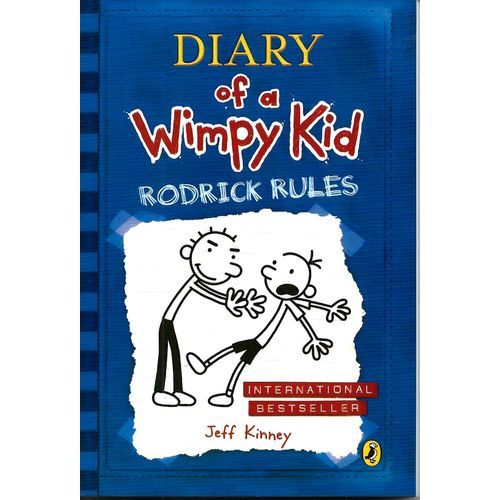 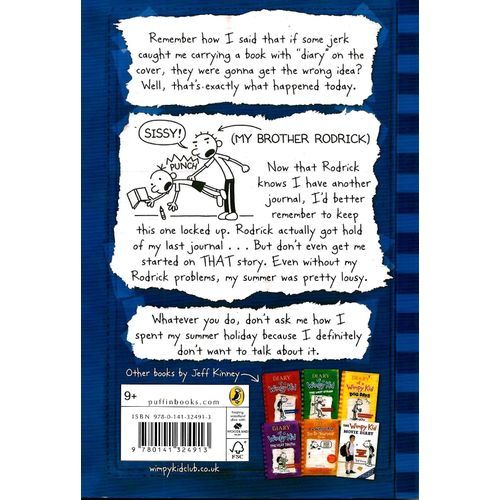 Click here to list your product
Whatever you do, don’t ask Greg Heffley how he spent his summer vacation, because he definitely doesn’t want to talk about it.

As Greg enters the new school year, he’s eager to put the past three months behind him . . . and one event in particular. Unfortunately for Greg, his older brother, Rodrick, knows all about the incident Greg wants to keep under wraps. But secrets have a way of getting out . . . especially when a diary is involved.

Diary of a Wimpy Kid: Rodrick Rules chronicles Greg’s attempts to navigate the hazards of middle school, impress the girls, steer clear of the school talent show, and most important, keep his secret safe.   The highly anticipated sequel to the #1 New York Times bestselling book!
Greg Heffley is back, and with him the trappings that made his first outing, Diary of a Wimpy Kid (2007), such a popular triumph. Once again diarist Greg chronicles a hilarious litany of problems, alternating between home and school, focusing this time on the particular punishments of his reprobate older brother, Rodrick. Whether Greg is suffering on the swim team or trying out for the K–12  school talent show as Magician’s Assistant to a First Grader, his escapades are united by his struggle to avoid embarrassment. As before, he peppers his journal entries with his own cartoons (in look and tone, a sort of hybrid of The Simpsons and the Timbertoes), using them as any 12-year-old would—to add insult to injury. But the real and deeper appeal of Greg’s story is the unapologetic honesty of his adolescence; he comes across as a real kid, and his story is one that will appeal to all those real kids who feel just like him. Grades 5-8. --Thom Barthelmess