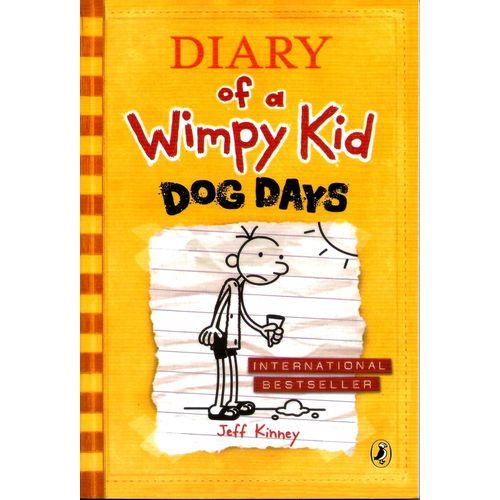 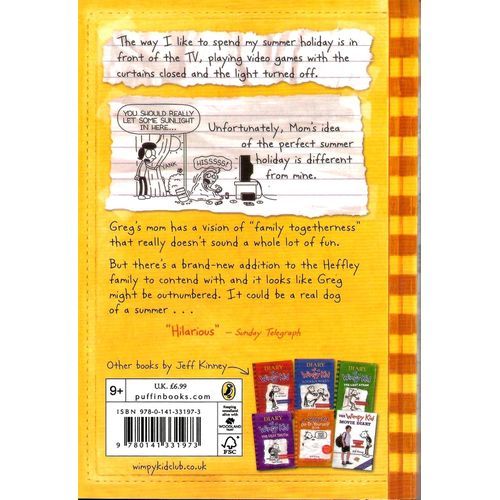 Click here to list your product
I read this entire book on the sidelines of my eleven year old son's football game on a freezing October day in Wisconsin. I laughed so hard at parts that I think I disturbed some of the more intense observers of said game. That's ok. Middle school football is boring.My favorite scenes from the book:1. The idea that the wimpy kid and his dad are united in their hatred of a comic strip,2. The email the wimpy kid sends his mom when he's on vacation with another family,3. The one time he uses his emergency cell phone,4. The hilariously weird "reading is fun" club his mom tries to start,and5. How much the wimpy kid hates the public pool's locker room.If Calvin (you know, of Calvin and Hobbes) got a little older he'd probably sound like the wimpy kid. I can see why so many kids I know love him.Does the same person Gregory got troubles with, in his life ever going to stop their encounter with him?

And that's where the fun lies!
Gregory is having a summer time playing video game all day long. While his family is running after him to do something in summer.

His dad brings a dog to te family! Uh Uh He should have probably checked with his wife first! It's a family decision, isn't it?
Manny gets the dog saying Sweetie, and that's that!

Everyone is as fun as never before. Such a humorous