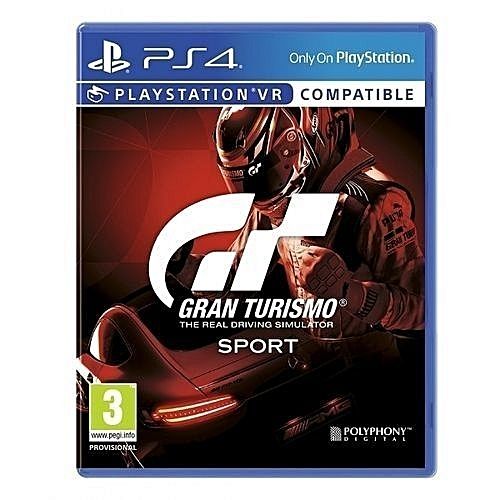 The award-winning Real Driving Simulator series speeds onto PlayStation 4 for the first time, putting you on course for high octane thrills to truly get your pulse racing.
Sharing the wheel with FIA (Federation Internationale de l'Automobile), Polyphony Digital has engineered a finely tuned and accessible game that everyone from casual drivers to petrol heads can enjoy.
Buckle up for two online championships – represent your country in the Nations Cup, and drive on behalf of your favorite car maker in the Manufacturer’s Cup.
Can you claim a historic victory in the first video game to be officially recognized as part of the real motoring world?
Real cars
Every vehicle has been digitally recreated in remarkable detail. From the internal structure of the headlights to the stitching of the seats, the team at Polyphony Digital Inc. have set out to infuse every vehicle with same passion that drove its original designers.
The full line-up consists of over 174 vehicles, including both competition and production vehicles that deliver a mix that caters to all driving enthusiasts.

Original cars
Vision Gran Turismo allowed the world’s auto makers to design fantasy road cars and bring them to life in the virtual world of Gran Turismo 6. This project will continue in Gran Turismo Sport.

Driving
In the same way you drive a real car, you will be able to control the vehicle represented in the game with increased depth to the controls. While it’s based on the principles of the very first Gran Turismo, the new physics engine has evolved significantly, making it suited for beginners and experts alike.
From basic skills such as hitting the brakes and how to turn into a corner, fundamentals can be learned from the bottom up, which will prove invaluable for newcomers to driving games.

Tracks
Building on the popularity of the many racetracks featured in previous Gran Turismo titles, including the Nürburgring Nordschleife (North Loop), there will be a number of new tracks in Gran Turismo Sport appearing in the series for the first time ever. These include the legendary “Tokyo Expressway” and the half-mile oval dubbed the “Northern Isle Speedway.”
A total of 17 locations with over 40 courses feature in Gran Turismo Sport, taking drivers everywhere from the Japanese metropolis to the Mexican-American border.