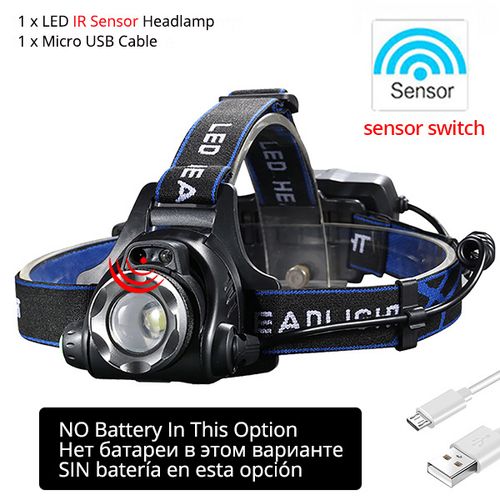 Delivery ₦ 4,545
Ready for delivery between 31 October & 08 November when you order within next 11hrs 27mins

Flashlight: (English: Flashlight or Torch), referred to as torch, is a handheld electronic lighting tool. A typical flashlight has a battery-operated bulb and focusing mirror, and has a handle-style housing for handheld use. Although a fairly simple design, it wasn't invented until the late 19th century because it had to combine the invention of the battery with the light bulb.
In the early days, it was called "Flashlight" in English because the battery's power was insufficient, which means short-lived light. Modern civilization should indeed thank the American inventor Thomas Edison, who made the first white lamp with commercial value and brought light to mankind. However, Conrad Hubert, who immigrated to America from Russia 100 years ago, deserves the same respect for inventing the flashlight. When Hubert came home from get off work, a friend proudly showed him a sparkling flower pot. It turned out that he installed a battery and a small light bulb in the flower pot. As soon as the switch was turned on, the bulbs illuminated the flowers, looking dazzling.
Hubert was fascinated, and this incident gave him a revelation. He sometimes walks in the dark at night, one foot high and one foot low, and not long ago he had to carry a cumbersome oil lamp to the dark basement to find things. He thought, wouldn't it be practical and convenient if you could use an electric lamp to light up your body? So, Hubert put the battery and light bulb in a tube, and as a result, the first mobile lighting flashlight came out. Lamp History
The appearance of torches
The development of mobile lighting tools can be traced back to the early stage of human society development - primitive society. Since humans learned to drill wood to make fire, mobile lighting has experienced the development process from fire, oil, candles to flashlights. Mobile lighting tools have undergone numerous changes, including torches, oil lamps, candles, kerosene lamps, bulb flashlights, xenon bulb flashlights, and LED flashlights. Oil lamps have undergone several improvements. The oil used in oil lamps was changed from animal oil to vegetable oil, and finally to kerosene. In order to prevent the fire from being blown out by the wind, people added a cover to the oil lamp. From the early paper cover to the glass cover, such oil lamps are not afraid of the wind and are easy to move outdoors. While using oil lamps for lighting, humans are still looking for other mobile lighting methods. Around the 3rd century BC, someone made candles out of beeswax. By the 18th century, candles made of paraffin appeared and mass-produced by machines. More than 100 years ago, the British invented the gas lamp, which made a big step forward in the way of human lighting. The movable lighting tools such as torches, candles, oil lamps, and gas lamps have not left the fire, and are all illuminated by the light emitted by the burning of matter. At the end of the 19th century, Edison invented the electric light bulb, which rewrote the history of human lighting since then, and human beings have entered the era of electric lighting.