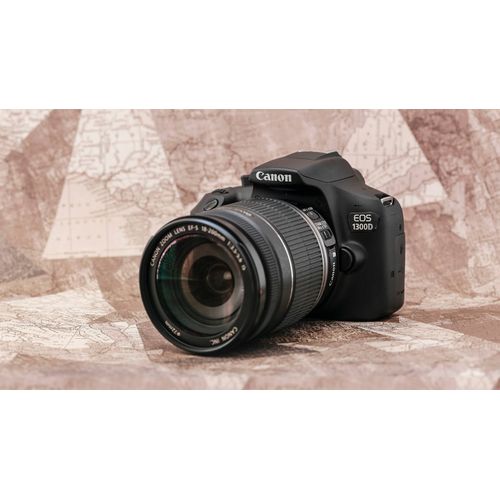 The Canon EOS Rebel T6 (also known as the EOS 1300D) is a budget-friendly DSLR with an 18MP APS-C-size sensor. It uses Canon's DIGIC 4+ image processor which offers an ISO range of 100-6400, expandable to 12800, as well as 3p fps burst shooting. It features a 9-point AF system with a cross-type sensor at the center. The EOS T6 is also outfitted with a 3-inch, 920,000-dot LCD or, of course, an optical viewfinder. The T6 features a host of scene modes, including a Scene Intelligent Auto mode, plus numerous creative filters. Full HD can be captured at 30p or 24p. The Rebel T6 also has Wi-Fi with NFC for easy sharing via Canon's Camera Connect app.