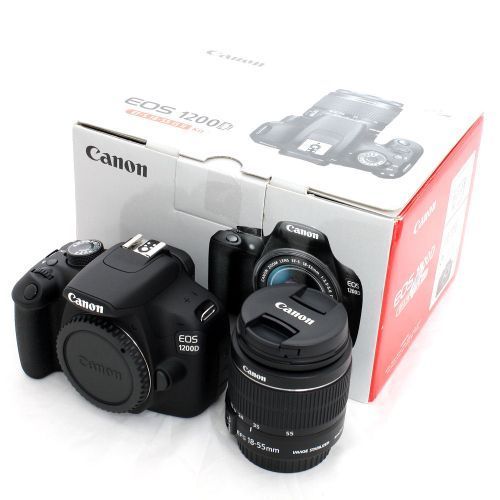 While compact cameras continue to suffer in the wake of the ubiquitous smartphone, the DSLR market remains fairly strong. More and more novice photographers are flocking to DSLRs as a means of stepping up their game.

There’s long been a niche to exploit for a DSLR that’s got plenty of imaging power but is affordable and also easy for the inexperienced photographer to get to grips with. Others like Nikon and Pentax have recently taken cracks at it, with the D3300 and K-5 respectively, and now Canon has re-entered the arena with the EOS 1300D

It’s great to see Canon making an effort to cater for new photographers, and the 1300D is an exceptional attempt for two principal reasons. The first is the price. £349 for a Canon DSLR? Yes please. The second is the concurrent launch of the EOS Companion app, designed specifically to be a learning aid for 1300D owners.

It may look an enticing prospect for beginners, but that all means nothing if the camera’s performance doesn’t stack up.
.

In relation to its predecessor, the Canon 1200D, the 1300D’s specification is all over the place, with some features undergoing huge improvements and others none at all. One of the main talking points of the camera is its 18MP sensor, offering a significant resolution jump from the 12.2MP of the 1100D.

Despite this higher resolution, the 1200D’s new sensor only represents a very small increase in dimensions from that of its predecessor, allowing Canon to keep the size of the camera to a minimum (it weighs in at a pokey 480g with battery and card included).

In some other areas, improvements are less spectacular. The Canon 1200D imports its Digic 4 image processor wholesale from the 1100D (which came out back in 2011). It’s capable of shooting at a rather middling 3fps in continuous mode, for a total of 69 Jpegs or six raw files at a time.

It’s also worth noting that the battery is actually rated a little lower than that of the 1100D. Canon reckons it’ll let you crank out approximately 500 shots at 23ºC, far fewer than the 700 or so that the 1100D could manage