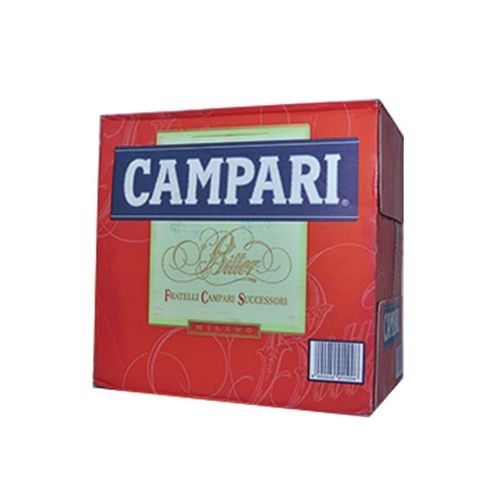 Buy airtime & data on JumiaPay app and get up to 5% cash back. Use code: MOB3Jumia Prime Plus+ : Enjoy Free Delivery on all Local items and Jumia Food ordersEnjoy cheaper shipping fees when you select a PickUp Station at checkout
Report incorrect product information

A unique and unmistakable recipe has characterized campari, the aperitif par excellence, for over 150 years.

The inimitable campari recipe, used as the basis of many cocktails served worldwide, has been kept the same since its inception and remained a closely guarded secret, passed down over the years.

Campari was the result of Gaspare Camparis experiments in concocting new beverages. It is still produced today with the same ingredients and following the confidential recipe which remains a secret known only to the very few people in charge of the production process.

Campari is the result of the infusion of herbs, aromatic plants and fruit in alcohol and water, these last two being the recipes only known ingredients.

Many have guessed simply at the number of ingredients: some say there are 20 or 60, but others list the ingredients at 80.