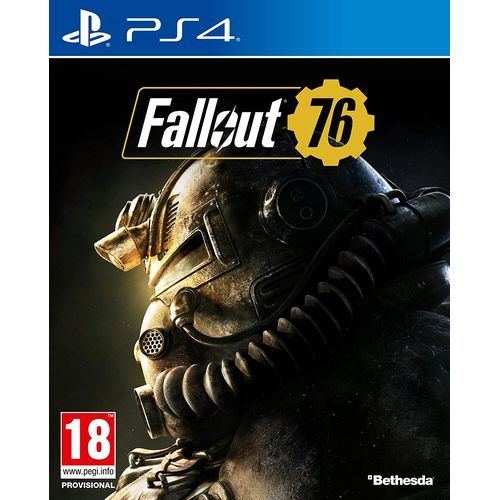 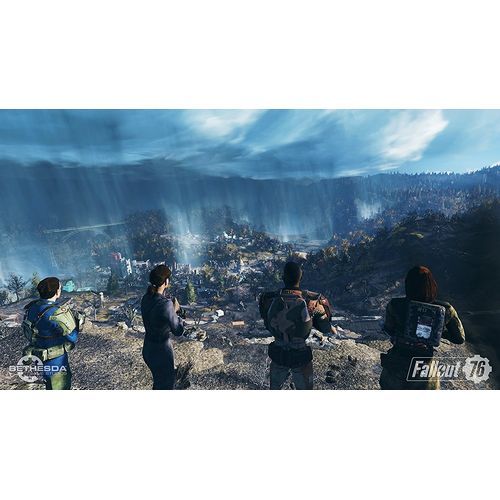 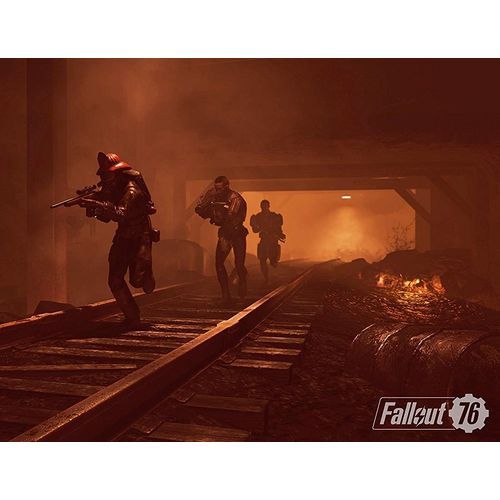 Click here to list your product
Do you have what it takes to survive?It’s twenty-five years after the nuclear-war caused mass destruction to West Virginia, leaving no hope for survival. However, you and your fellow Vault-Dwellers were chosen to be the nation’s best hope for rebuilding society. Vault 76 opens and it’s your time to emerge into the post-nuclear lands of West Virginia. It’s all about survival – go alone, or team up with friends in this epic Fallout adventure.IT’S TIME TO EMERGEFor the first time, Bethesda Game Studios have introduced multiplayer to this epic RPG open-world game. Create your own character with the S.P.E.C.I.A.L system and decide your fate as you set off on an adventure across the untamed wastelands of West Virginia. EXPLORE WEST VIRGINIAIn Fallout 76, the choice is yours: will you team up with friends or go alone? A new Fallout adventure is waiting with six new distinct West Virginia regions for you to explore. Each of these unique regions hosts risks and rewards, are you ready to step into danger? BUILD AND CRAFTYou can now build and craft wherever you want in this Fallout universe. The new Construction and Assembly Mobile Platform (C.A.M.P) provides shelter, valuable supplies and safety. You can even choose to trade with fellow survivors, but not everyone is as friendly as you may think so watch your back.GAIN NUCLEAR MISSILESWhether you choose to go alone or team up with fellow survivors, you can unlock the ultimate weapon of mass destruction – Nuclear Missiles. These also create a high-level zone where you can find plenty of rare and valuable resources – will you unleash the power of the Atom?