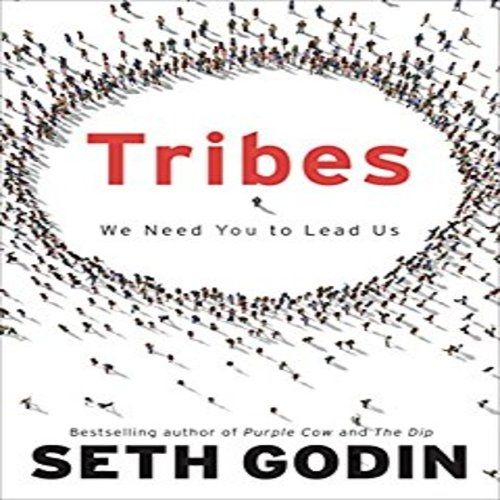 Portfolio Tribes: We Need You To Lead Us Hardcover

Brand: Portfolio | Similar products from Portfolio
0 out of 5
(No ratings available)
₦ 7,600

The New York Times, BusinessWeek, and Wall Street JournalBestseller that redefined what it means to be a leader. Since it was first published almost a decade ago, Seth Godin's visionary book has helped tens of thousands of leaders turn a scattering of followers into a loyal tribe. If you need to rally fellow employees, customers, investors, believers, hobbyists, or readers around an idea, this book will demystify the process. It's human nature to seek out tribes, be they religious, ethnic, economic, political, or even musical (think of the Deadheads).  Now the Internet has eliminated the barriers of geography, cost, and time. Social media gives anyone who wants to make a difference the tools to do so.  With his signature wit and storytelling flair, Godin presents the three steps to building a tribe: the desire to change things, the ability to connect a tribe, and the willingness to lead. If you think leadership is for other people, think again—leaders come in surprising packages. Consider Joel Spolsky and his international tribe of scary-smart software engineers. Or Gary Vaynerhuck, a wine expert with a devoted following of enthusiasts. Chris Sharma led a tribe of rock climbers up impossible cliff faces, while Mich Mathews, a VP at Microsoft, ran her internal tribe of marketers from her cube in Seattle.  Tribes will make you think—really think—about the opportunities to mobilize an audience that are already at your fingertips. It's not easy, but it's easier than you think.

Seth Godin is the author of eighteen international bestsellers that have been translated into over 35 languages, and have changed the way people think about marketing and work. For a long time, Unleashing the Ideavirus was the most popular ebook ever published, and Purple Cow is the bestselling marketing book of the decade.

Portfolio Tribes: We Need You To Lead Us Hardcover