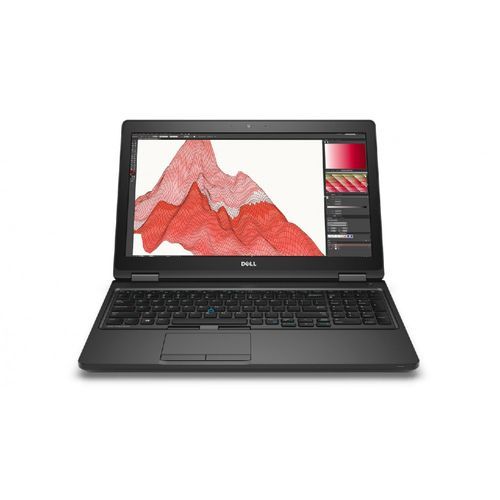 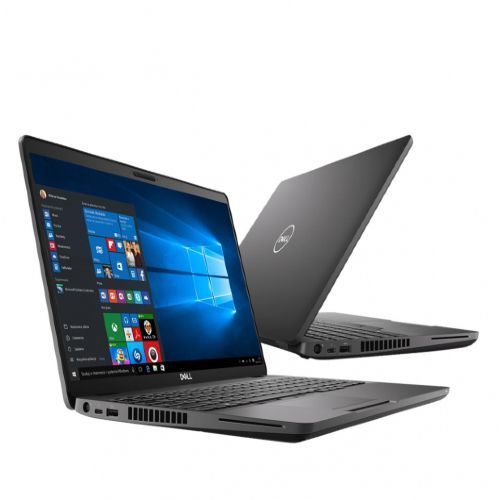 Bring your ideas to life while traveling using the Dell Precision 3541 Mobile Workstation. This laptop features a 2.5 GHz Intel Core i5-9400H Quad-Core processor with 16GB memory to run demanding applications. The 15.6" FHD 1920x1080 anti-glare screen is driven by an NVIDIA Quadro P620 graphics card, which is designed with artists, designers, and engineers in mind. Projects, images, videos, and other files can be stored on the 256GB M.2 PCIe NVMe SSD or using the built-in microSD memory card reader.

Screens up to 1920 x 1080 resolution can be connected to the laptop's HDMI connector to mirror or expand your virtual desktop space. Devices such as keyboards, mice, and external storage drives can be connected to the USB 3.1 Gen 1 Type-A and USB 3.1 Gen 2 Type-C ports. The designated PowerShare port lets you charge USB devices such as phones, portable music players, and more from the laptop's 4-Cell 68Wh lithium-ion ExpressCharge battery, even when the system is turned off. Additionally, the Precision 3541 has an infrared camera and a Noble Wedge lock slot for added security. This mobile workstation connects to your network using the Gigabit Ethernet port or through the 802.11ac Wi-Fi adapter.The Precision 3541 comes with Windows 10 Pro installed, and its performance can be further increased with Dell's Precision Optimizer, which automatically tunes your workstation to run programs at their fastest speeds.

The Dell Precision Optimizer is included free with your mobile workstation. It automatically tunes your computer to run specific programs at their fastest speeds and allows you to configure your system settings for top performance. This utility also gathers extensive information about your computer for troubleshooting and can be configured to automatically download and apply software updates.Upgrading to the Dell Precision Optimizer Premium version enables an artificial intelligence-driven program that learns the behavior of any user-specified application. It uses machine learning to identify optimization opportunities and apply performance improvements.

Precision workstations include a privacy shutter to ensure that others can't see you through the included camera. It is manually opened for when you are ready to use it for video conferences, photos, and more.

Dell USB PowerShare technology allows you to charge USB-powered devices such as phones, portable music players, and more using the laptop's battery even when the system is turned off

I can now say that with the little time I have spent with the laptop, it is a good buy.