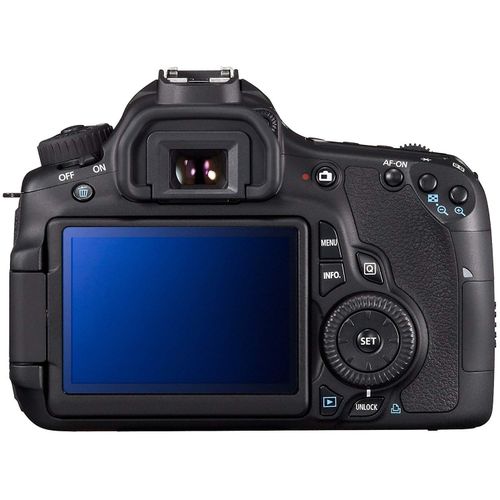 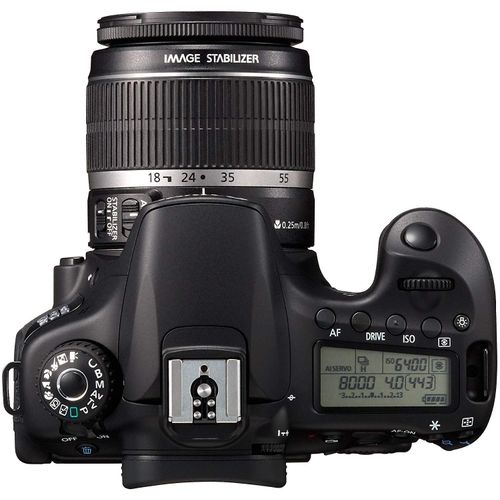 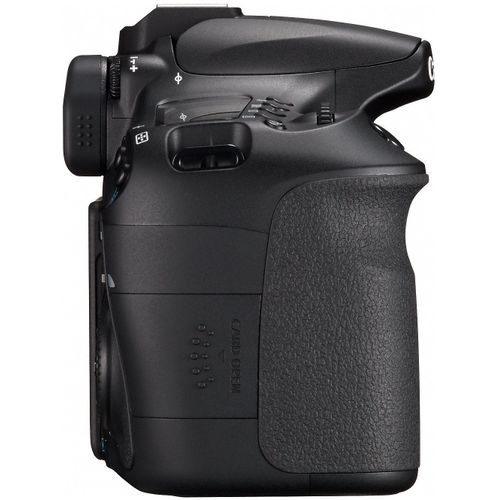 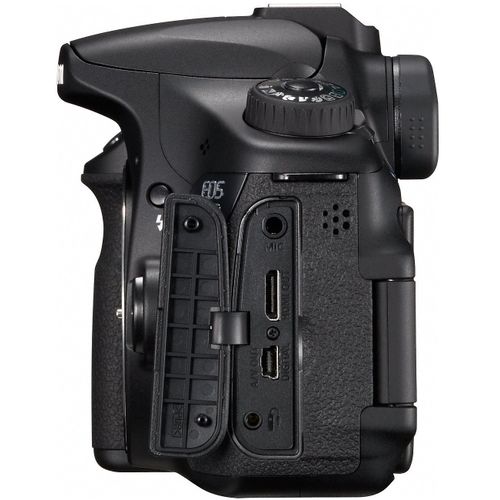 Click here to list your product
Digital Inspiration. That's how the good folks at Canon define their EOS 60D DSLR Camera with 18-55mm Lens. With a camera body that features an 18MP APS-C CMOS sensor, a 3" Clear View LCD, HD video capture, and an 18-135mm lens, among other mouth-watering features, perhaps you will agree. Let's take a tantalizing tour of this highly-anticipated DSLR camera kit.


Chief among the aforementioned "mouth-watering features" is the included Canon EF-S 18-55mm  lens. Yes! It's true! But perhaps you've already divined this fact from the first paragraph and you're waiting for me to get on with it. The 60D is compatible with all Canon EF and EF-S lenses; Canon has paired this 18-55mm model up with the 60D camera body, making for a value-packed kit that'll have you shooting from day one (everybody say yay!).


What was that? Did I say video? Yes, I did. Let's take a moment to delve into the feature that has all those techies out there jumping out of their desk chairs. The 60D is more than your run-of-the-mill DSLR camera, as we know; it doubles as a 1920 x 1080 HD video camera. With the built-in video camera you'll be able to capture MOV video clips up to 4GB in size (time depends on resolution).


With features like manual exposure control, the option to attach on any of the Canon EF or EF-S lenses, and various audio adjustments - including an external stereo mic connection, and both manual and auto gain control - the 60D puts DSLR film-making at your fingertips. Other noteworthy features of the video function include in-camera editing, a number of recording resolutions to choose from, and an HDMI output for one-cable connection to your HDTV.


Perhaps you should take a moment and catch your breath. Ok, here we go - back to the DSLR proper.


Let's ease back into things here. No matter if you're shooting video or digital stills the 60D captures everything to convenient flash memory cards - Record to SD/SDHC/SDXC memory cards. Canon also gives you the option to use wireless USB 2.0 drives, or Eye-Fi cards for computer-free wireless transfer of your images.


Now, back to the show... The 18MP APS-C CMOS sensor packs in enough pixel-power to make those mural prints you've only been dreaming of, a reality. But even if you don't plan on making a wall-sized mural of your dog romping through the surf, 18MP have other advantages. Sharpness, clear details, a lack of image-destroying noise, and true-to-life colors are all examples of how more pixels will make your images pop!


Another high-point of the 60D is the fully articulated (in layman's terms: flip out and/or swivel) 3" LCD screen. That's right boys and girls, the LCD opens away from the camera and articulates for viewing from multiple angles. You can also choose to leave the LCD in the traditional back of the camera position. When you're done shooting, turn the LCD in, and its back cover protects the display from damage.


When it comes to low light you want the option to shoot without a flash. Canon gave the 60D ISO settings from 100-6400 - and the option to go up to 12800 using the custom function. You have more options to choose from - and more opportunity to capture stunningly clear images, even in low light.


What else could Canon fit into this divinely, oh wait, I mean digitally inspired camera? A short overview; includes 5.3 frames per second continuous shooting, a 96% coverage viewfinder, a multi-control dial, a 63-zone dual-layer metering system, and a 9-point AF system.


In addition to these user-friendly features, the camera also boasts in-camera photo editing technologies. You'll be able to process RAW files entirely in the camera to produce a separate JPEG file - without a computer. Filters like "Grainy Black-and-White" and "Soft Focus Effect" also allow you to add an artistic touch to your images, sans post-production. Throw in compatibility with Mac and PC, along with a myriad of bundled software options, and the 60D is one camera that packs a powerful punch.