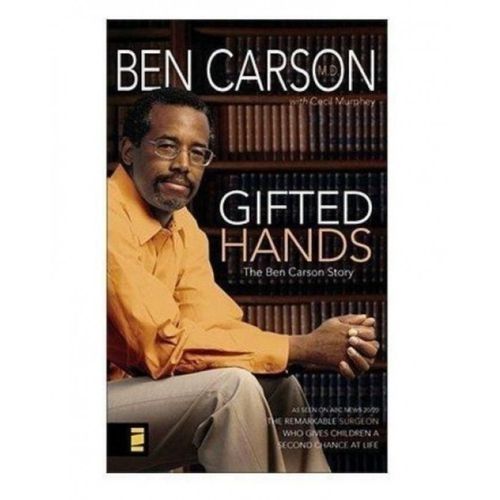 Click here to list your product
Dr. Ben Carson is known around the world for breakthroughs in neurosurgery that have brought hope where no hope existed. In Gifted Hands, he tells of his inspiring odyssey from his childhood in inner city Detroit to his position as director of pediatric neurosurgery at johns Hopkins Medical Institutions at age thirty three. Taking you into the operating room where he has saved countless lives, Ben Carson is a role model for anyone who attempts the seemingly impossible.