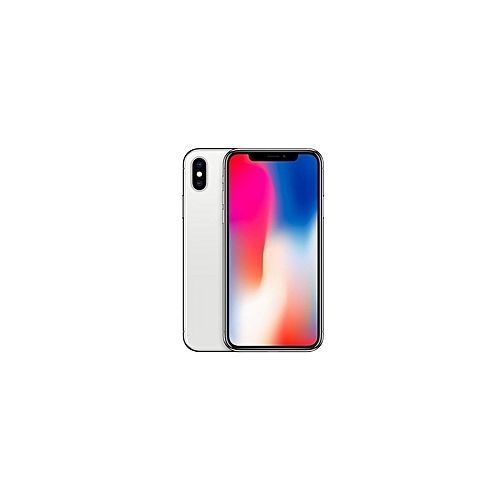 The iPhone X (Roman numeral "X" pronounced "ten")[9][10] is a smartphone designed, developed, and marketed by Apple Inc. It is the eleventh generation of the iPhone and was announced on September 12, 2017, alongside the iPhone 8 and iPhone 8 Plus, at the Steve Jobs Theater in the Apple Park campus. It was available to pre-order on October 27, 2017 and was released on November 3, 2017.

The iPhone X was intended to showcase what Apple considered the technology of the future. Using a glass and stainless-steel form factor and "bezel-less" design, shrinking the bezels, and not having a "chin", unlike many Android phones. It was the first iPhone to use an OLED screen. The home button was replaced with a new type of authentication called Face ID, which used sensors to scan the user's face to unlock the device. This face-recognition capability also enabled emojis to be animated following the user's expression (Animoji). With a bezel-less design, iPhone user interaction changed significantly, using gestures to navigate the operating system rather than the home button used in all previous iPhones. At the time of its November 2017 launch, its price tag of $999 USD also made it the most expensive iPhone ever, with even higher prices internationally due to additional local sales and import taxes.

It's nice doing business with you

The phone is fairly used... And the screen is touching itself... After one day of use.

Nice one. Had issues with it at the beginning though