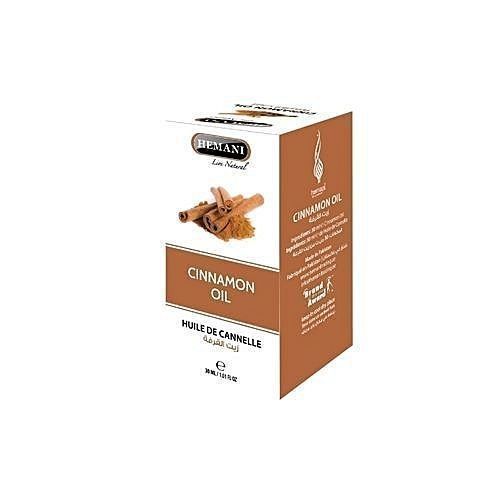 Click here to list your product
Cinnamon bark oil is extracted from the outer bark of the cinnamon tree. ... Cinnamon bark can help enhance nitric oxide function, which causes increased blood flow and lower levels of inflammation. Some of the most researched health benefits of cinnamon oil include: Decreases inflammation.Cinnamon oil is highly concentrated with antioxidants, which makes it effective as a natural digestive aid, blood sugar stabilizer and circulation booster. It’s also commonly used to combat cardiovascular diseases and fight infections. Has strong antiparasitic, anti-inflammatory, antiplatelet and antiviral properties, which makes it extremely useful for enhancing immunity
When used topically, cinnamon oil can help with infections like toenail fungus and with common skin problems like acne. Cinnamon essential oil uses and benefits include: boosts heart health. decreases inflammation.

Some of the most researched health benefits of cinnamon oil include:

Cinnamon oil can naturally help to boost heart health. An animal study published in 2014 demonstrates how cinnamon bark extract along with aerobic training can help to improve heart performance. The study also shows how cinnamon extract and exercise can help to lower both overall cholesterol and LDL “bad” cholesterol while raising HDL “good” cholesterol. Cinnamon oil can be a benefit for hair, too, with many beauty magazines recommending this spicy essential oil to boost hair health and growth. You can combine a few drops of cinnamon oil with a carrier oil such as almond oil for a quick homemade scalp treatment.

Using warming cinnamon oil for lips is a natural way to plump them by boosting circulation to this area. Combine two drops of cinnamon oil with a tablespoon of coconut oil for a great DIY lip plumper.