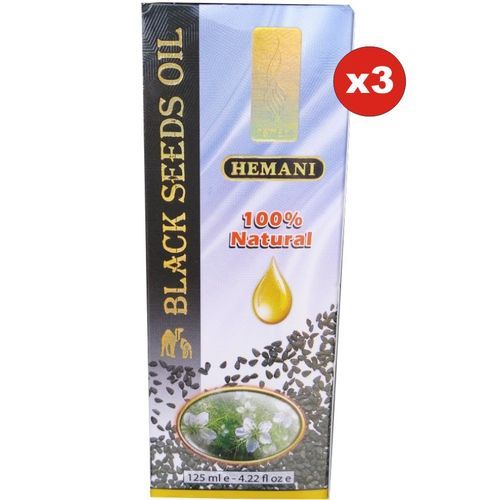 Black seed is sometimes used in combination with cysteine, vitamin E, and saffron to ease the side effects of a chemotherapy drug called cisplatin. Some people apply black seed directly to the skin for joint pain (rheumatism), headache, and certain skin conditions. In foods, black seed is used as a flavoring or spice.

Researches have shown the following benefits:

Epilepsy: Black seeds were traditionally known to have anticonvulsive properties. A 2007 study with epileptic children, whose condition was refractory to conventional drug treatment, found that a water extract significantly reduced seizure activity.

High Blood pressure: The daily use of 100 and 200 mg of black seed extract, twice daily, for 2 months, was found to have a blood pressure-lowering effect in patients with mild hypertension.

Asthma: Thymoquinone, one of the main active constituents within Nigella sativa, is superior to the drug fluticasone in an animal model of asthma. Another study, this time in human subjects, found that boiled water extracts of black seed have relatively potent antiasthmatic effect on asthmatic airways.

Acute tonsillopharyngitis: characterized by tonsil or pharyngeal inflammation (i.e. sore throat), mostly viral in origin, black seed capsules (in combination with Phyllanthus niruri) have been found to significantly alleviate throat pain, and reduce the need for pain-killers, in human subjects.

Opiate Addiction/Withdrawal: A study on 35 opiate addicts found black seed as an effective therapy in long-term treatment of opioid dependence.