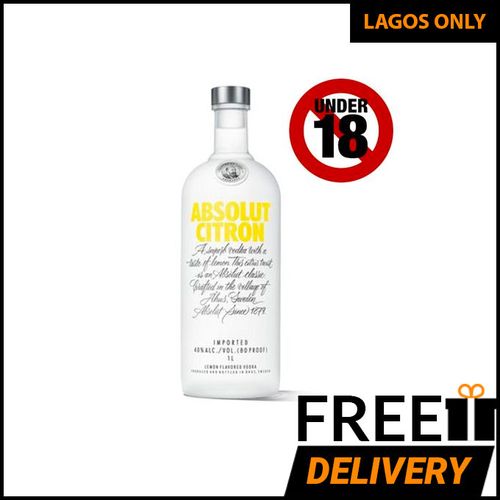 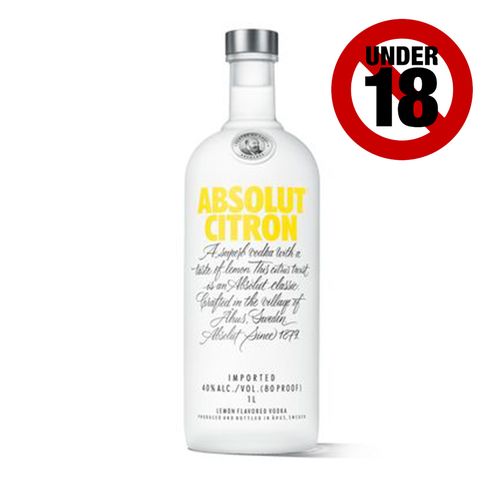 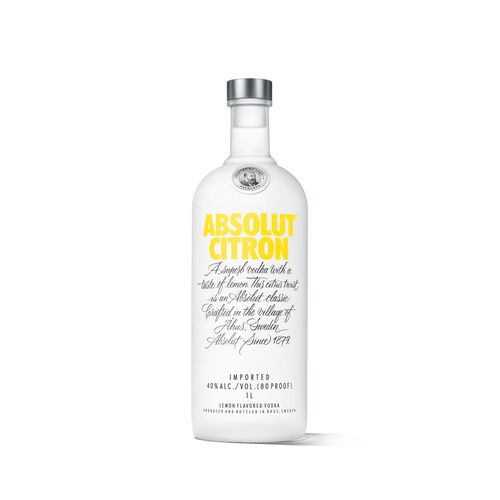 Brand: Absolut | Similar products from Absolut
4.6 out of 5
(7 ratings)

Absolut pioneered the market for flavored vodkas back in the mid 1980’s, with the launch of now legendary Absolut Peppar and Absolut Citron.

What started out as two, has now grown into a collection of 17 flavors. The vibrant and fresh aroma of Absolut Citron showcases a straightforward and well-balanced lemon flavored vodka. Complimentary citrus notes of juicy lemon and a hint of tangy lime brighten the palate.

Absolut Citron is made exclusively from natural ingredients, and unlike some other flavored vodkas, it doesn’t contain any added sugar. To put it short and simple: Absolut Citron is smooth and mellow, with a fresh fruity lemon and lime character and a note of lemon peel.

In 1879, Lars Olsson Smith introduced the continuous distillation with which he made Absolut Rent Bränvin. Instead of the usual three or four times, the vodka was distilled an infinite number of times.

Absolut Citron is made the same way, the only difference is the taste of lemon. And, like the rest of the family, it’s produced in Åhus, not far from L.O. Smith’s birth town.

Since the process will never change, neither will the true taste of Absolut Citron The main ingredients in Absolut Citron are Absolut Vodka and citrus flavor. Absolut Vodka is made from water and winter wheat. The water comes from a deep well in Åhus where it’s protected from impurities.

The winter wheat is also grown in Åhus and differs from other crops: it’s sown one fall, and harvested the next one.

Days in between it grows under the Swedish snow developing its hard grain. Also, the use of fertilizers is minimized.

Though lemon is the main flavor, lime is also added to give Absolut Citron its perfect character.

The main ingredients in Absolut Citron are Absolut Vodka and citrus flavor. Absolut Vodka is made from water and winter wheat. The water comes from a deep well in Åhus where it’s protected from impurities